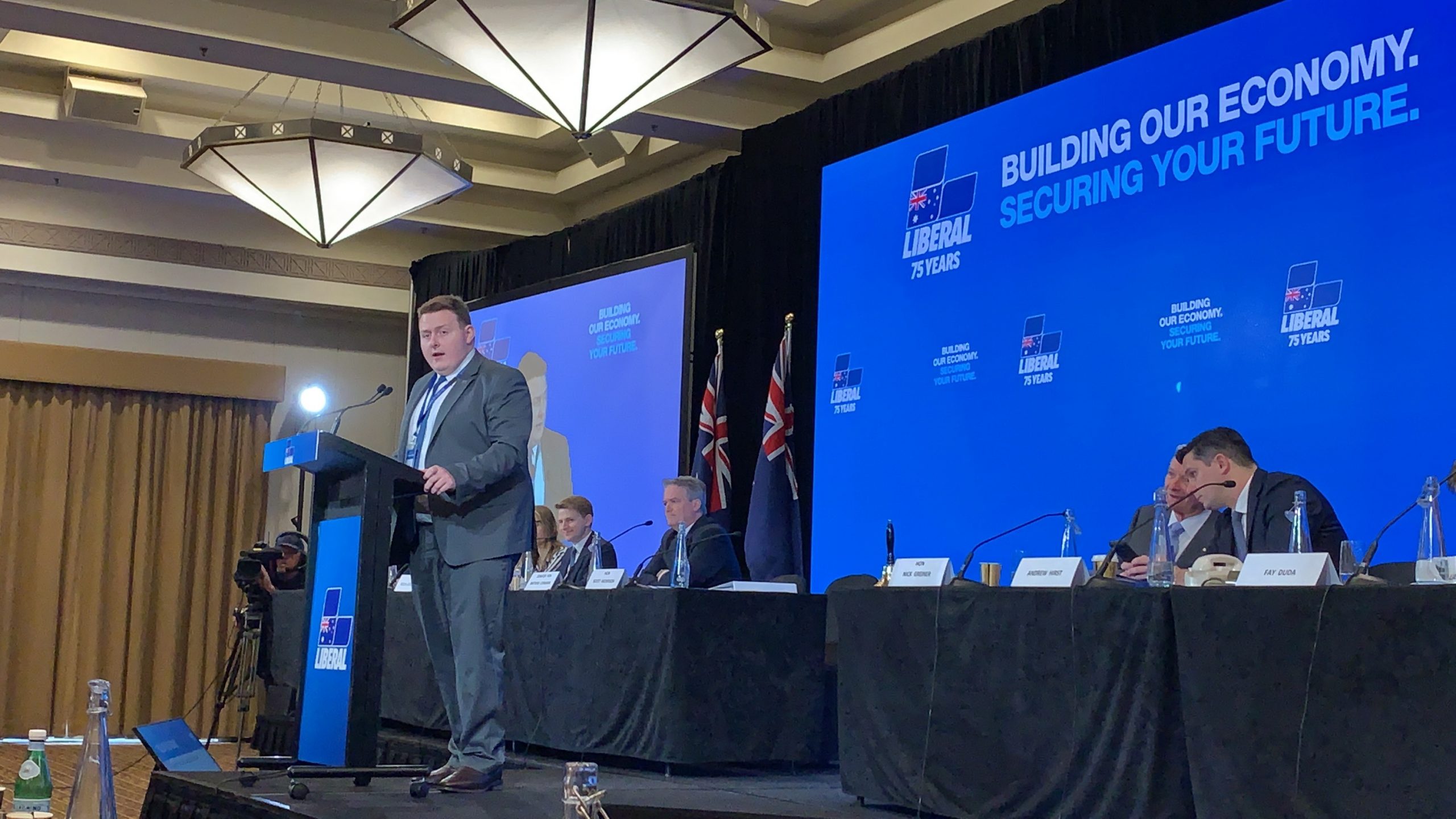 The Australian Liberal Students’ Federation is looking forward to the upcoming 2021 Federal Council of the Liberal Party of Australia which will be held this weekend.

As has been the usual practice for many years the Federation will be getting observer delegate status at this year’s Federal Council, I want to thank the Federal Director of the Liberal Party of Australia, Andrew Hirst and the Federal President John Olsen AO for offering us the invitation.

We note that at the last Federal Council, which was held in 2019, we were incredibly pleased that the Liberal Party of Australia reaffirmed its strong position for the abolition of the Student Services Amenities Fee (SSAF).

The SSAF represents a $100 million a year tax on students that is unfair and undemocratic.

We believe that SSAF is compulsory student unionism under a different name.

After some decades of campaigning from the ALSF, in 2005 compulsory student unionism (CSU) was finally abolished by the Howard Government.

This is in line with the values of an overwhelming majority of Australians because if voluntary unionism is good enough for our workplaces it ought to be good enough on campus.

Wasteful Student Unions under CSU forced all students on their campus to be members of their union and to pay a fee when many students wanted nothing to do with these often politically extreme Student Unions.

After the defeat of the Howard government in 2007, Labor and the Student Unions campaign for the re-introduction of compulsory student unionism.

In 2011 the Gillard government caved in and enforced the so-called Student Services and Amenities Fee (SSAF).

The SSAF, right from the beginning, was a blatant attempt to re-introduce compulsory unionism on Australian University campuses through the back door.

The ALSF Campaigned against the introduction of the SSAF and has campaigned for its abolition since the Australian Parliament passed the legislation.

A number of State/Territory Divisions of the Liberal Party have passed motions at their respective State Council’s in support of the abolition of the SSAF.

Earlier this year, the ALSF launched its #RefundMyFees campaign that was signed by over 1,000 students from all around Australia calling on Universities to refund the SSAF that was collected during COVID-19. But we know that many more students don’t see the value in the SSAF during normal times.

At this Federal Council, we will again be advocating for the Coalition Government to introduce legislation to abolish the SSAF. We note that a number of Senator’s over the years have introduced private members bills in an attempt to get a debate started in Parliament, but all of these bills have stalled.

If you are a student on campus that wants to see the abolition of the SSAF, sign our petition: http://www.alsf.org.au/axe-the-ssaf/