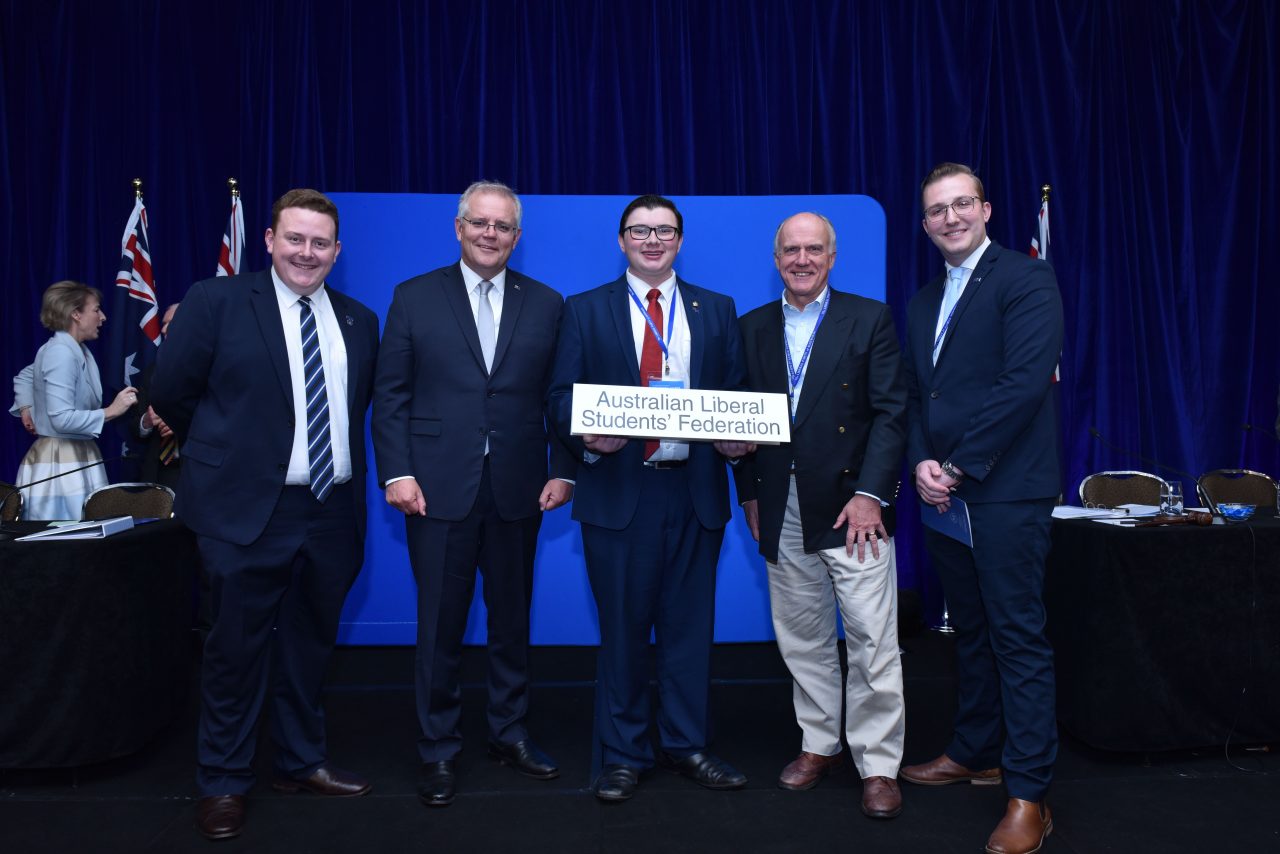 The Australian Liberal Students’ Federation is customarily offered Observer status at Federal Council, this invitation was extended again this year.

We would like to thank Federal President John Olsen and Federal Director Andrew Hirst for inviting us and allowing us to participate.

The ALSF delegation to Federal Council this year was:

During Federal Council, the delegates from each State/Territory elect the new Federal Executive of the Liberal Party and vote on Policy Motions.

During the policy debate, two very important motions were debated:

The first motion was:

That Federal Council calls on the Federal Government to more vigorously enforce the Free Speech Code in universities and to appropriately sanction universities that fail to comply with the Code.”

The motion was carried unanimously.

This is a great outcome for students and academics on all Australian universities, we know that many universities who pledged to adopt the French Model Code have fallen short of implementation of that Code.

We also know and continue to hear of a culture on campus that discourages debate and pressures people into silence.

The second motion was:

This motion was also passed with the unanimous support of Federal Council.

The Federal President of the Liberal Party, graciously let the ALSF speak to this motion before it was voted on.

We spoke to how the SSAF since its implementation has been opposed by the ALSF and the Liberal Party of Australia. We said that the ALSF’s position will always be that the SSAF is an unfair, unnecessary and undemocratic $100 million a year tax on students.

The Liberal Party is in a strong position to win the next Federal Election as the Labor Party stands divided on its core issues, our Federal Council spoke with one voice about a clear vision for the future of Australia.

Treasurer Josh Frydenberg said in his speech to delegates:

“Tax cuts for families, incentives for businesses to invest, apprenticeships to get tradies on the tools, infrastructure to connect our regions to our cities and opportunities to buy and build your first home.”

“This is what the Liberal Party stands for and this is what was in the budget just two weeks ago.”

It was a genuine pleasure to participate in a fantastic Federal Council that achieved two great outcomes for students and showed that our Party is ready to win the next election.