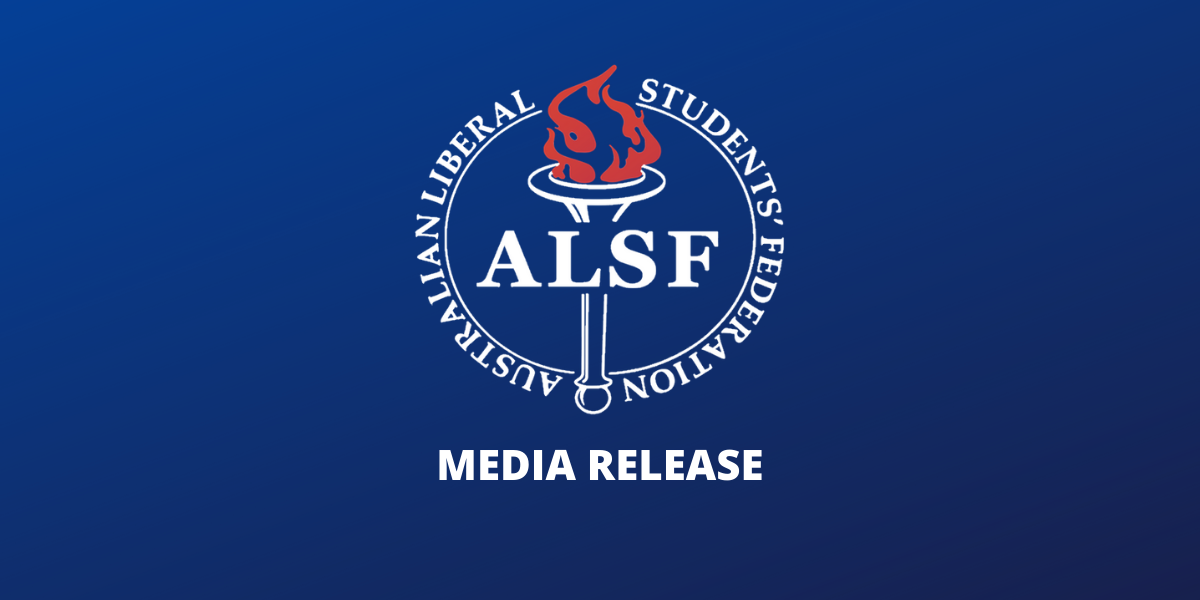 “The Federation has been closely monitoring events at the University of Queensland regarding this matter since February this year.” said ALSF President Blake Keating.

“We wrote to the Union’s President, Mr. Van Roo Douglas, asking for more information on the 20th of February about why they sought to disaffiliate the UQLNC, we received no response.”

“Since then the Federation has been talking to the members of the UQLNC Executive about the issue as they were the only party to this matter willing to speak with the Federation.”
The ALSF made it clear today that the UQU does not, in it’s opinion, have any legitimate grounds to disaffiliate the UQLNC.

“After a close examination of all the material available to the Federation, we have determined that this is nothing but a politically motivated attack on a legitimate Liberal Club by factional enemies in the LNP who are trying to accomplish what they couldn’t at an AGM” said ALSF President Blake Keating.

“They took this action on the backdrop of a highly controversial protest that UQLNC members were present for, when the subsequent media pile-on resulted in the death of UQLNC President Wilson Gavin, they took advantage and sought to kick the Club when it was down” said ALSF Policy Director Zedekiah Sparks.

The ALSF is calling on the UQU Student Council to overturn this horrendous decision and fully reinstate the UQLNC.

“The ALSF is greatly interested in this matter because if this disaffiliation is upheld it sets the precedent that any Liberal Club across Australia can be disaffiliated if the Campus Union doesn’t like what they say” said ALSF President Blake Keating.

“The outcry of students from within and outside of our club has been overwhelming, I have received a large volume of supportive correspondence from students all across the political spectrum” said the UQLNC’s spokesperson.

“They don’t want to see this happen to their Club, if the UQU is capable of doing this to the UQLNC they could do it to any Club they disagree with.”

“We appreciate the support of the ALSF, and we will continue to fight this clearly politically motivated attack on our club through all the processes available to us.”